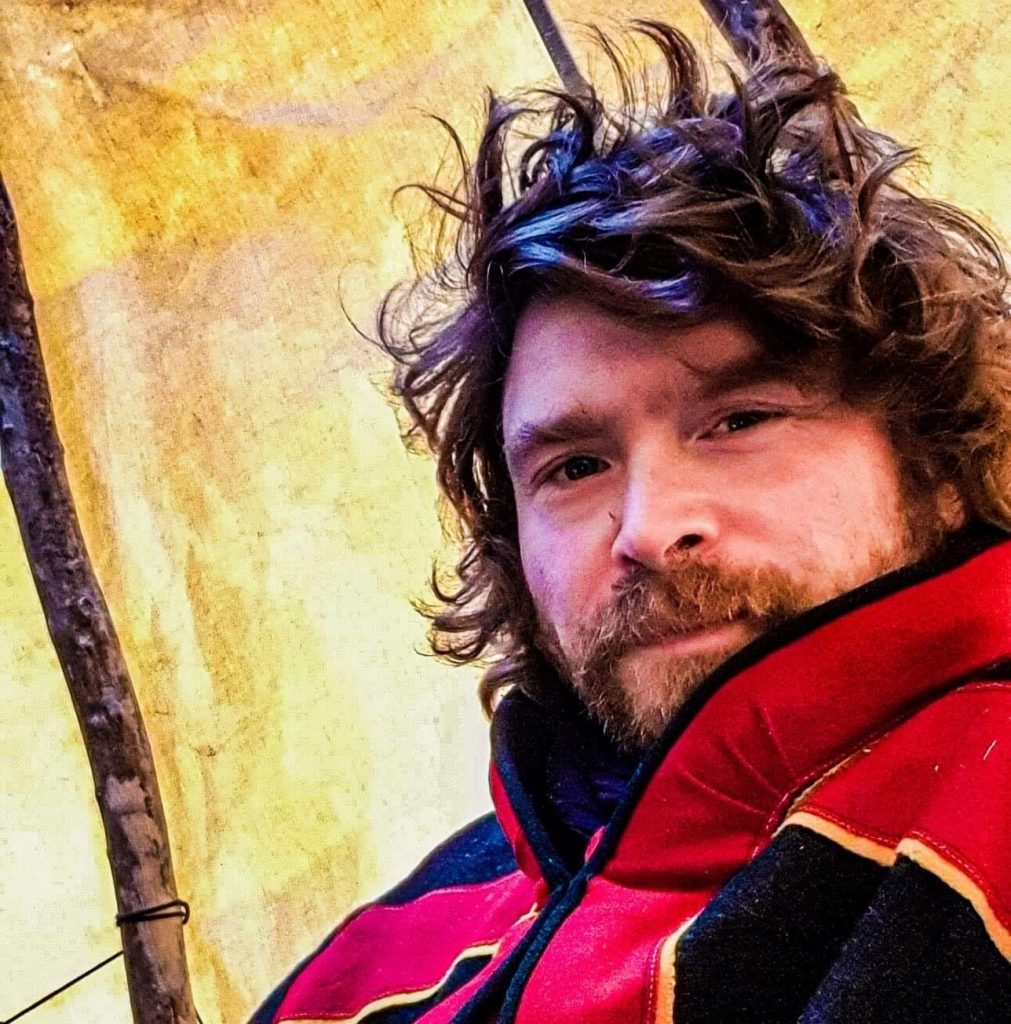 Beaska Niillas from Deatnu in the Norwegian part of Sápmi, is among other things a father of two, Sámi duojár (Sámi storyteller and knowledgeholder) hunter, gatherer, nature guardian and politician. Nature has been at the centre of his life since childhood.

Growing up, the land was his playing field and his friend. He has done a lot of different things in his life, but the only formal education he has is a certificate of apprenticeship in duodji (Sámi practices of aesthetics and storytelling).

For some time, he also worked as an actor in both Beaivváš Sámi National Theatre and Giron Sámi Theatre. After that he was a teacher and then worked as a fisherman.

Niillas was recently re-elected to the Sámi Parliament on the Norwegian side of Sápmi and is also elected as board member of the Sámi Parlamentarian Council.

Together with ‘The Sámi Pavilion’ co-curator Dr. Liisa-Rávná Finbogis and poet-in-residence Timimie Gassko Maräk, Niillas is a founding member of Hásstuheaddji collective, a Sámi led think-tank that gather thinkers, performers and artists to dialogue and reflect. The collective have performed at Mađđi, a new interdisciplinary art and culture space in Tromsø and will also perform at the upcoming Arctic Art Summit 2022 and the Sámi music and cultural festival of Márkumeanno 2022.

For the last ten years he has been active in Sámi politics and also defended Indigenous land and waters in Sápmi and beyond.

Niillas plays a central role in three major projects exploring Sámi sovereignty: ‘Ellos Deatnu!’ (Long live Deatnu!), a group declaration of a moratorium around Cearretsuolu, an island on the Deatnu River in Sápmi, to oppose a new government-led fishing agreement harmful to the river and to Sámi life because it removes many local Sámi fishing rights and transfers them to outside recreational fishing; ‘SuperSápmi’, an Indigenous podcast founded and recorded with Sámi fisherman and nature guardian Áslat Holmberg, bringing Sámi, Indigenous and allied voices together to discuss Indigenous knowledges as well as the impact of colonialism on Indigenous and specifically on Sámi everyday life; and ‘Siidaskuvla’, a collaborative project by Sámi scholars, artists and nature guardians who seek to reconstruct the knowledge of the siida (the Sámi community structure) and discuss how it could operate as a Sámi governance structure today.