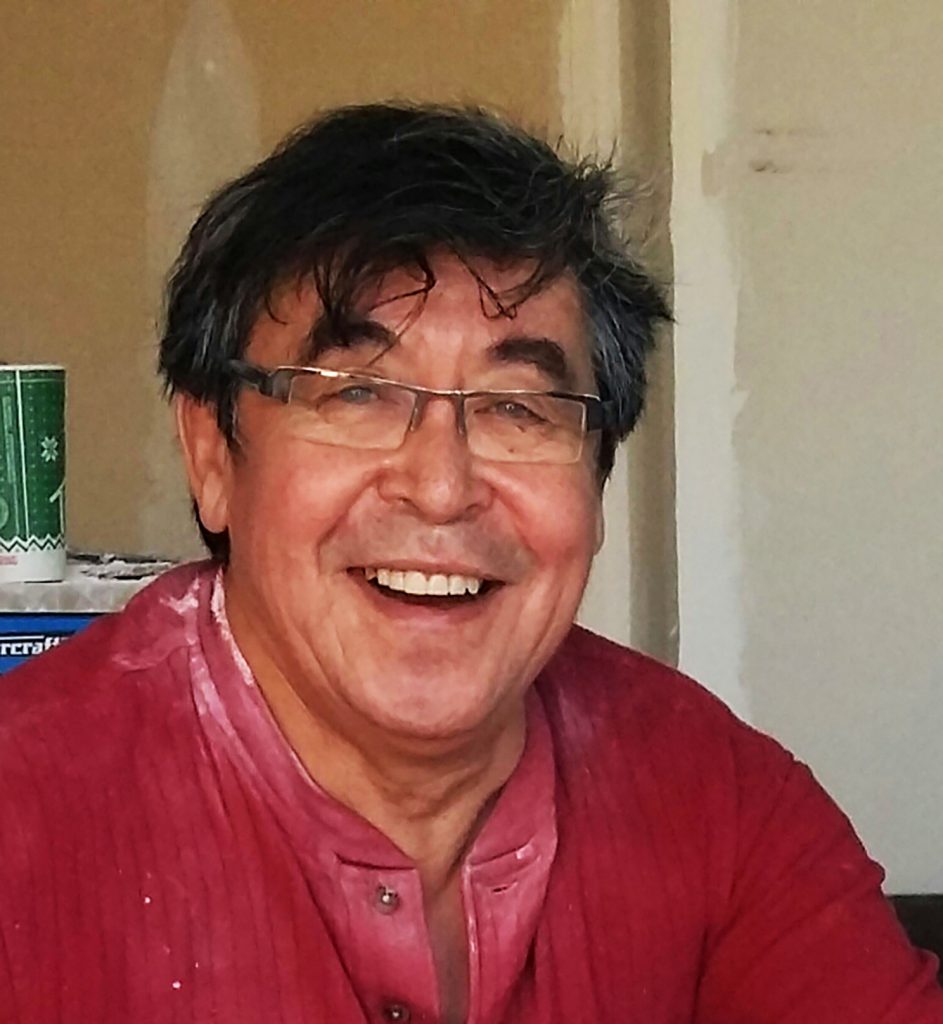 Bill Nasogaluak is a self-taught Inuk sculptor and painter originally from Tuktoyaktuk, NWT. His artwork represents interpretations of what he knows best: his Inuvialuit culture, the mythology and traditions of his people, and the relationship between land and wildlife. Nasogaluak’s media of expression are sculpture and painting—from monumental stone pieces to miniature ivory carvings or outdoor murals. Nasogaluak has also enjoyed working in the ephemeral art forms of ice and snow.

Nasogaluak has participated in and led many successful collaborative projects, including the design and production of the Ceremonial Mace for the N.W.T. legislature, a commemorative sculpture created to celebrate the 10th anniversary of the Great Northern Arts Festival in Inuvik, and a monumental sculpture inside the lobby of the Calgary Stock Exchange Building. He has also installed Inuksuit throughout the world in countries including Japan, India, Mexico, and more.

National and international media has regularly featured Nasogaluak, and his work is found in collections throughout North, Central, and South America, as well as Europe. In 2020 he was awarded a Long-Term Project Grant from the Canada Council for the Arts.

Celebrated for her large-scale drawings, enigmatic subject matter, and collaborative work with contemporary artists, Shuvinai Ashoona (b. 1961) is a third-generation Inuit artist living in Kinngait, Nunavut. The dramatic changes in the North—the shift from life on the land to settled communities and access to popular culture—are reflected in her art, which overturns stereotypical notions of Inuit art. Her constantly evolving work is included in national and international biennales and exhibitions.