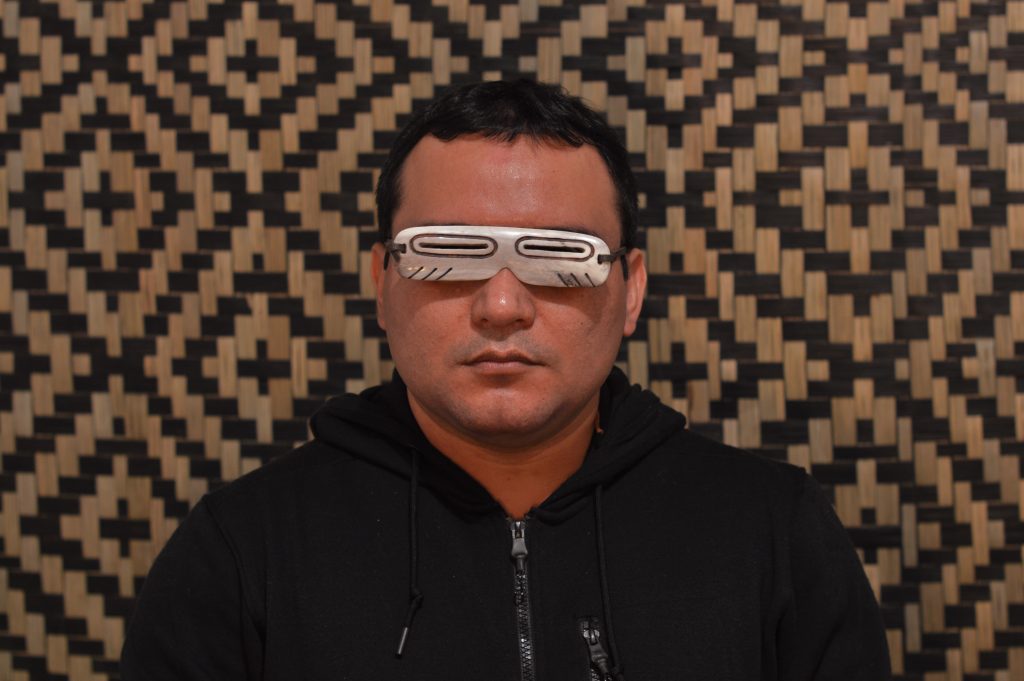 Denilson Baniwa, 35, was born in Mariuá, in Rio Negro, Amazonas, Brazil. The cultural references of his people are the starting point to this path to becoming an artist.

At very young age, the artist began his career in the struggle for the rights of indigenous peoples and moved through, back and forth, in the non-indigenous universe, gathering references that would strengthen the stage of this resistance.

Denilson Baniwa is an anthropophagous artist, as he appropriates Western languages to decolonize them in his work.

His contemporary production consolidates himself as a reference, breaking paradigms and opening paths to of the indigenous people as key players in the national territory.