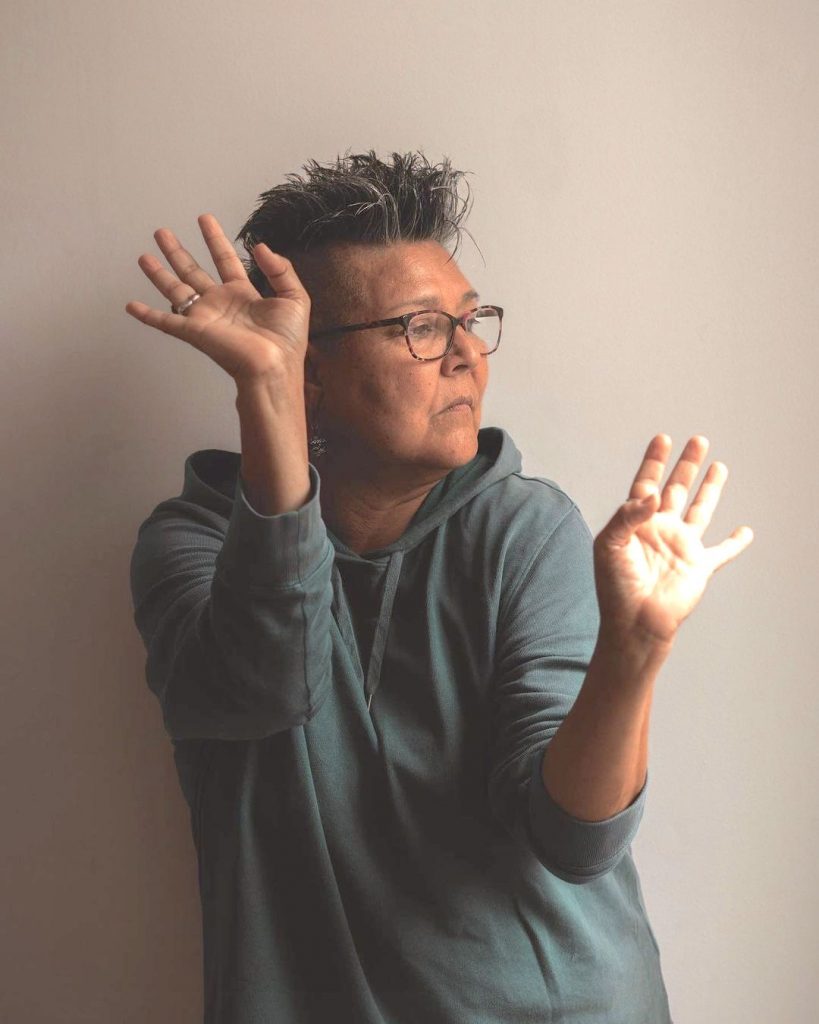 Janet Rogers is a Mohawk/Tuscarora writer from Six Nations of the Grand River. She was born in Vancouver British Columbia in 1963 and raised in southern Ontario. Janet traveled throughout 2017-2019 doing back to back residencies in Vancouver BC, Santa Fe NM and Edmonton AB. Janet lives on Six Nations territory of the Grand River where she owns and operates Ojistoh Publishing and Productions. Janet works in page poetry, spoken word performance poetry, video poetry and recorded poetry with music. She is a radio broadcaster, documentary producer and media and sound artist.

Janet has produced and written gallery and broadcast media with 2Ro Media since 2015. She won the American Indian Film Festival BEST MUSIC VIDEO 2020 with Ego of a Nation and the imagineNATIVE Media BEST EXPERIMENTAL SOUND PRIZE 2021 for her sound piece, The Struggle Within. She wrote and produced a comedy audio pilot titled NDNS on the Airwaves and is currently in post production with a 10 episode web series she wrote of the same name, due out May 2022.