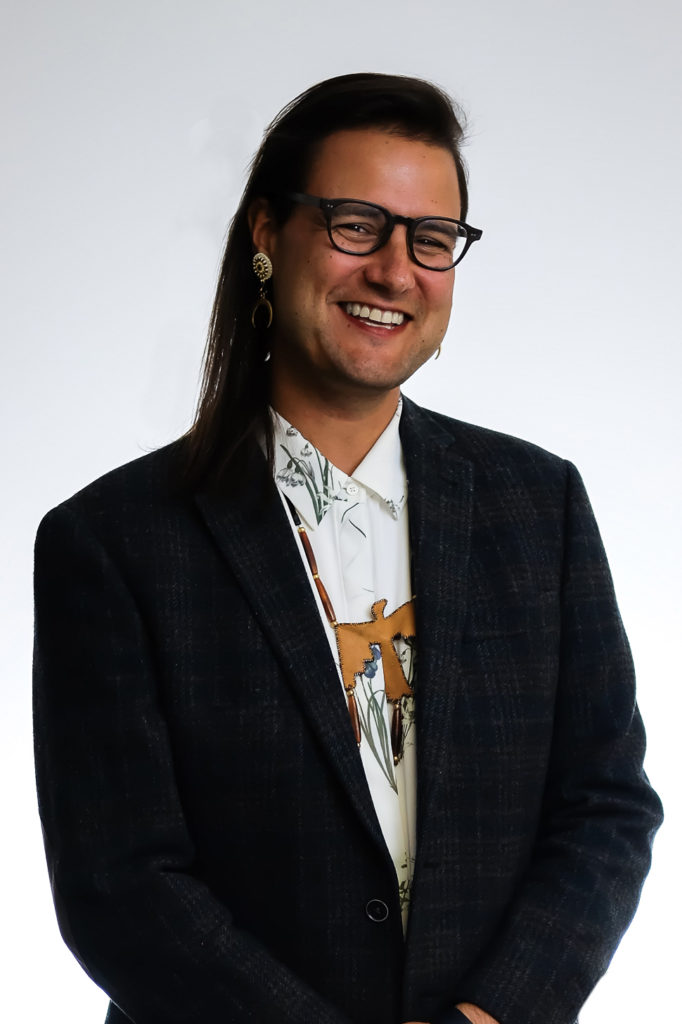 John G. Hampton is a curator, artist, and administrator who joined the MacKenzie team in October 2018. They hold a Masters of Visual Studies – Curatorial Studies (2014) from the University of Toronto, a BA in Visual Arts (2009) from the University of Regina, and a diploma in 3D Animation and Game Design from New Media Campus (2004). John is a citizen of the Chickasaw Nation, the United States, and Canada, and grew up in Regina (1991-2012). He was the recipient of the 2017 The Hnatyshyn Foundation – TD Bank Group Award for Emerging Curator of Contemporary Canadian Art, winner of two “Best Exhibition” and one “Curatorial Writing” awards from the Ontario Association of Art Galleries (2014-2016), and was named to ARTINFOS Canada’s 30 under 30 in 2014. John is the former Executive Director of the Art Gallery of Southwestern Manitoba (2016-2018), Artistic Director of Trinity Square Video (2013-2016), and Curator at Neutral Ground Contemporary Art Forum (2010-2013). In addition to their role at the MacKenzie Art Gallery, John holds an adjunct curator appointment at the Art Museum at the University of Toronto, and is the co-chair of the Aboriginal Curatorial Collective board of directors.