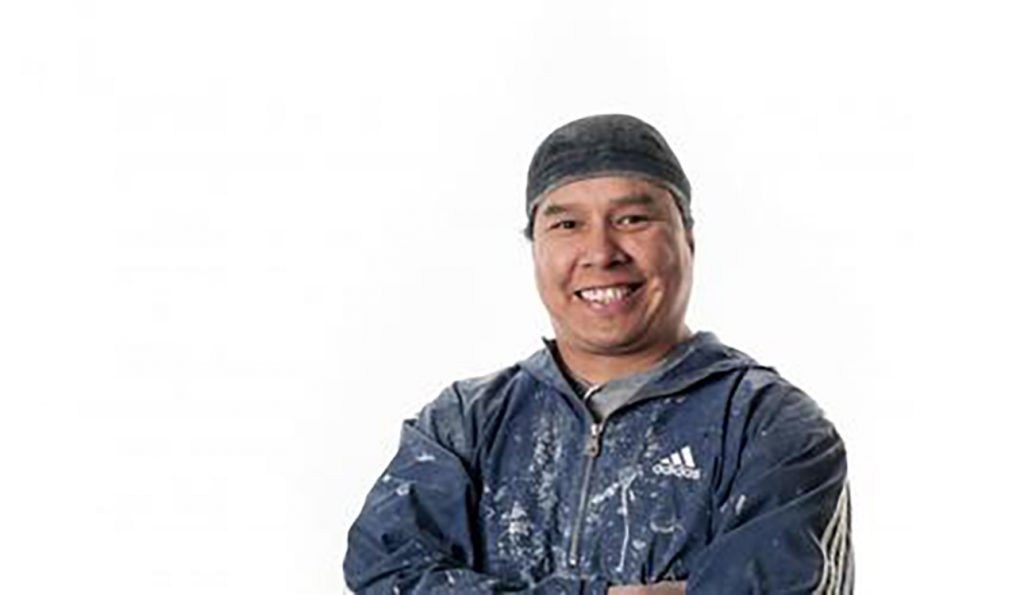 John Sabourin was born in Fort Simpson, Northwest Territories. He became interested in painting in 1989 and carving in 1995, but it was not until his graduation from the Victoria College of Art, Victoria, British Columbia in 1999 that he decided to devote himself full-time to art. John’s carvings explore the complex relationship between humans and nature. He embraces his Dene cultural roots by reimagining motifs from stories and legends in stone. John is interested in the storytelling capacities of stone and especially enjoys the challenge of creating movement. The possibility for transformation is one of the themes that intrigues him the most. He believes that art can bring release from suffering and difficulty. When he carves stone, John feels energized which paradoxically brings a calm focus. He loves to feel like he is totally in control of the creative process, until the stone has other ideas, and he has to respond! John thoroughly enjoys the presumption and humility that comes with creating a sculpture. The process belongs to him and the stone, but when he’s finished, the piece no longer belongs to him. What other people see in the carving and how they connect with it and beyond, is their story to tell. John has sold paintings and carvings to private collectors in Canada and the United States, including the Canadian Embassy in the United Kingdom. John has been honoured with many awards, over the years, including the Hnatyshyn Foundation Indigenous Art Award.