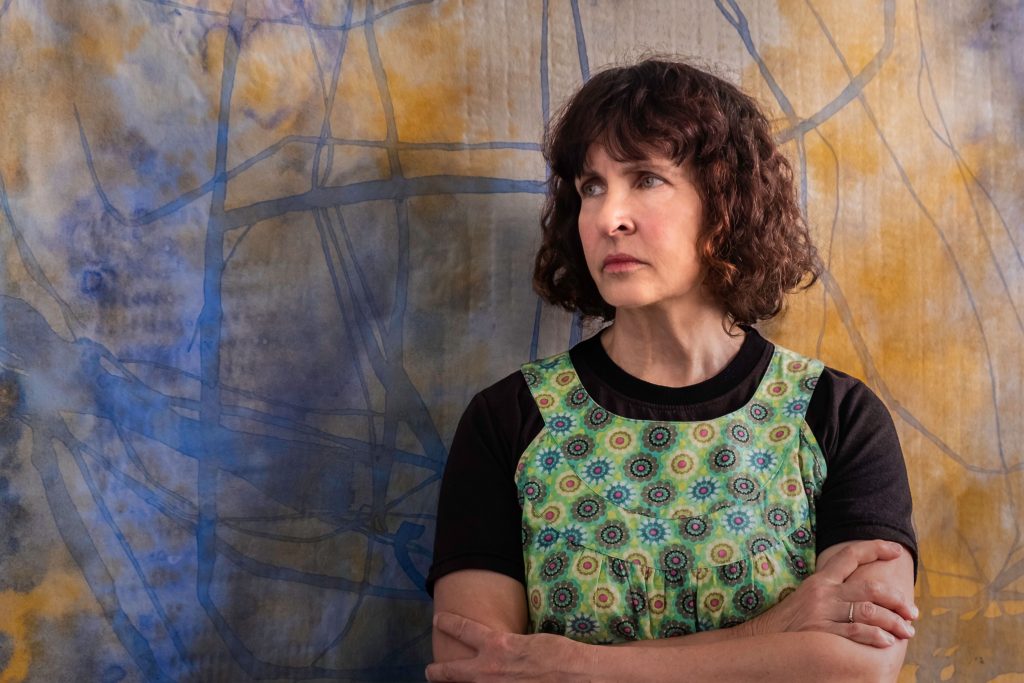 Judy Watson was born in Mundubbera, Queensland. Judy Watson’s Aboriginal matrilineal family is from Waanyi country in north-west Queensland. The artist’s process evolves by working from site and memory, revealing Indigenous histories, following lines of emotional and physical topography that centre on particular places and moments in time.

Spanning painting, printmaking, drawing, sculpture and video, her practice often draws on archival documents and materials, such as maps, letters and police reports, to unveil institutionalised discrimination against Aboriginal people. Exhibiting extensively since the 1980s, Watson co-represented Australia at the 1997 Venice Biennale and won the Works on Paper Award at the 23rd National Aboriginal and Torres Strait Islander Award in 2006. She was also the recipient of the National Gallery of Victoria’s 2006 Clemenger Contemporary Art Award. In 2011, Watson’s exhibition waterline was shown at the Embassy of Australia in Washington DC, and in 2012, she exhibited in the Sydney Biennale. In 2018, the Art Gallery of New South Wales staged a major exhibition of her work titled the edge of memory. Watson has also received commissions for several public art projects across Australia, including fire and water at Reconciliation Place in Canberra in 2007, ngarunga nangama: calm water dream at 200 George St in Sydney in 2016, and in the same year, tow row for the Gallery of Modern Art’s 10th Anniversary in Brisbane. A significant solo exhibition of Watson’s work, opened in March 2020 at Ikon Gallery in Birmingham. In 2021, Watson presented work at Artspace, Sydney as part of the Sydney Festival, TarraWarra Museum of Art and at The National at the Art Gallery of New South Wales. Her work is currently on display at the TATE Modern, London in the A Year in Art: Australia 1992 exhibition.

Her work is also included in several significant Australian and international collections, including all of Australia’s state institutions, the National Gallery of Australia, the Tokyo National University of Technology, the Taipei Fine Arts Museum, the British Museum, and MCA/ TATE. Watson is an Adjunct Professor at Griffith University, and in 2018, she was awarded an Honorary Doctorate of Art History by the University of Queensland.