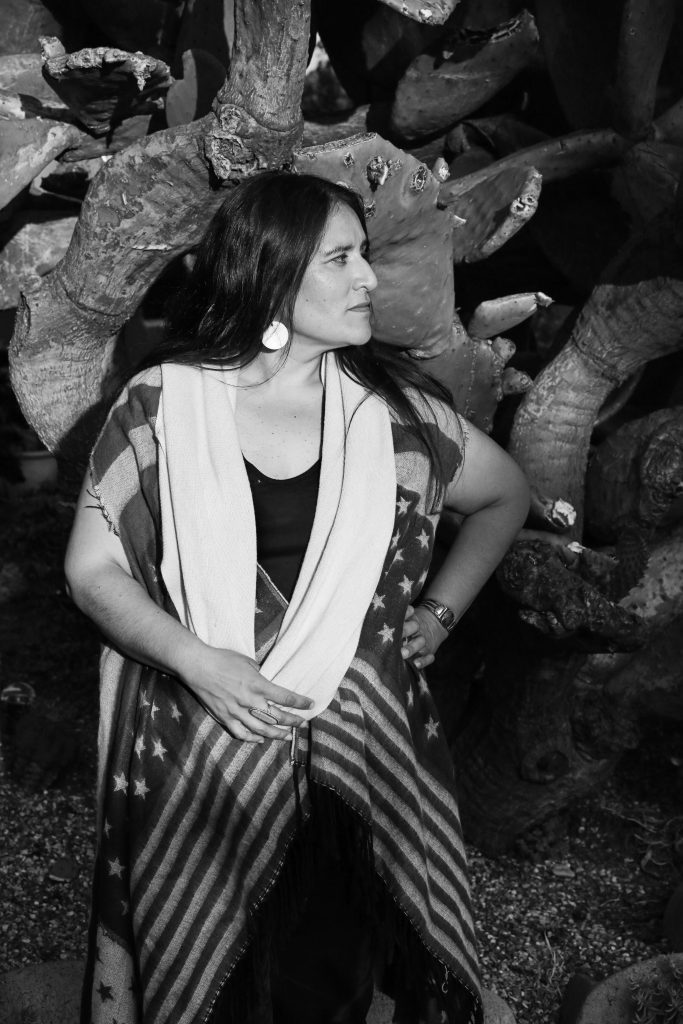 Nanobah Becker (Diné) is an award-winning writer/director whose short films FLAT, CONVERSION, and THE 6th WORLD and video collaborations I LOST MY SHADOW and MY SOUL REMAINER have screened at festivals in the U.S. and internationally including the Sundance Film Festival, Tribeca Film Festival, and imagineNATIVE Film + Media Arts Festival and have been acquired by institutions such as the Baltimore Museum of Art. Her newest short film, LANDBACK, WATERBACK, will premiere at the Kennedy Center in Washington, D.C. in July 2022. Nanobah is a citizen of the Navajo Nation and was a dialogue director on the Navajo language dub of FINDING NEMO (NEMO HÁDÉÉST’Į́Į́). She has also produced films for fellow indigenous filmmakers such as Blackhorse Lowe’s SHIMASÁNÍ and currently calls Tovaangar (Los Angeles) home.