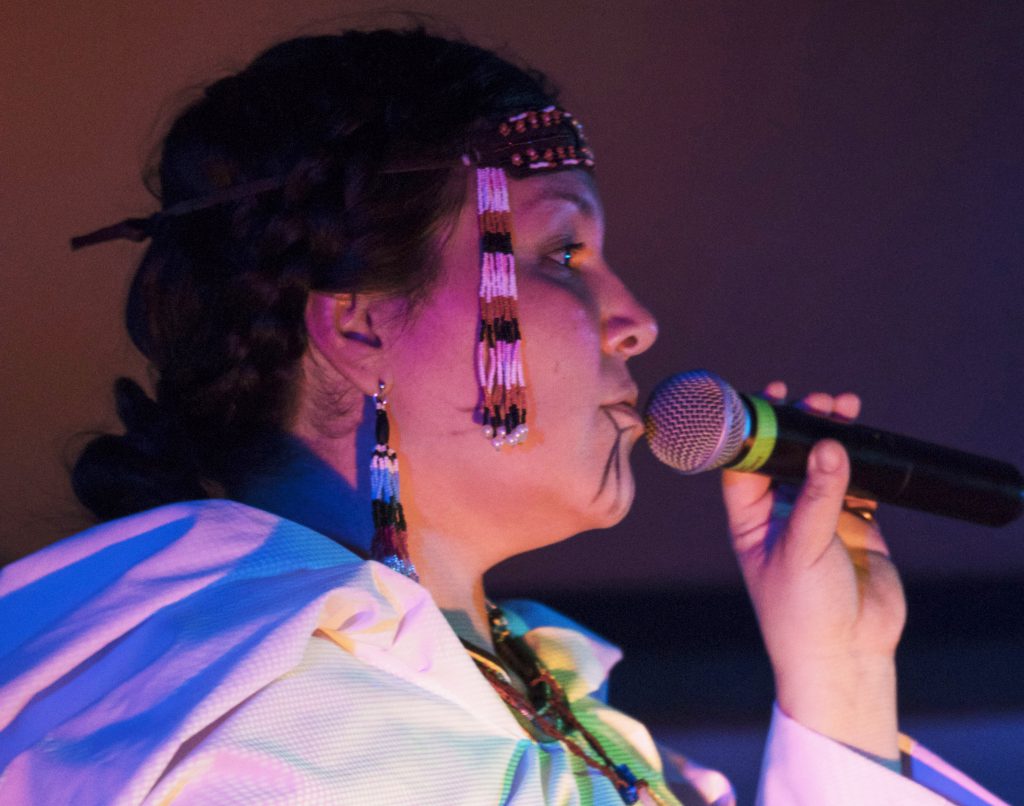 Taqralik Partridge is a writer, spoken word poet and curator originally from Kuujjuaq, NU now living in Kautokeino, Norway. Partridge’s writing focuses on both life in the north and in southern urban centres, as well as the experiences of Inuit. She also incorporates throat singing into her live performances.

Her performance work has been featured on CBC radio one and her writing has been reproduced in Swedish and French language translations. She has toured with the Montreal Symphony Orchestra under Kent Nagano and with Les productions Troublemakers under the direction of Cinematheque Quebecoise composer Gabriel Thibaudeau. Her short story Igloolik, published in Maisonneuve magazine, won first prize in the 2010 Quebec Writing Competition and has been published in Swedish and French.