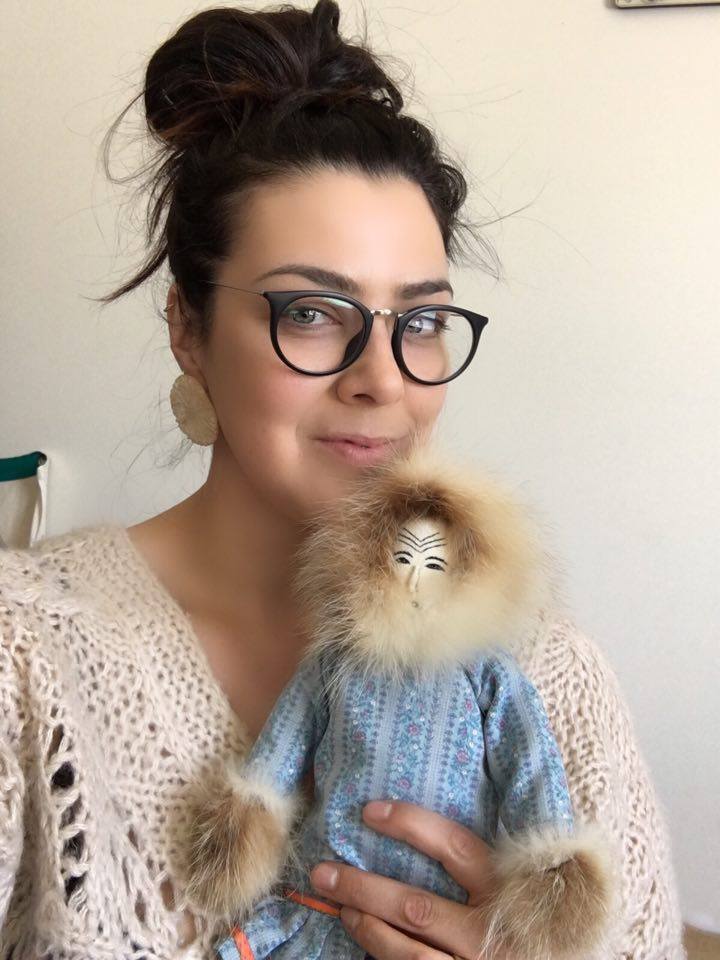 Tarralik Duffy is a talented artist, jeweller and writer from Salliq (Coral Harbour), NU currently based in Saskatoon, SK. Working primarily in jewellery design under her label Ugly Fish, she uses materials salvaged from her home territory of Nunavut including beluga vertebrae, baleen, antler and seal skin. She also works with textiles to produce clothing, such as her syllabic print leggings and accessories as well.
In her art practice, Duffy draws from pop culture as well as her cultural heritage, often playing with language to create double meanings. In Inuit Pop Art (2015), she has painted the iconic blue Pepsi can but replaced the English letters with Inuktut syllabics, to literally create pop art. She is also influenced by the stories and skills her grandparents shared with her when she was young.

Duffy is also an accomplished writer. She won the Sally Manning Award in 2014 for her story “Don’t Cry Over Spilled Beads” and her writing has been included in Up Here as well as above & beyond. In addition, her short story “My Grandfather’s House” was published in the book You Care Too Much (2016). Recently, she wrote a feature story on Inuit self-portraiture for the Fall 2018 issue of Inuit Art Quarterly [4]. She has been written about in many publications and her piece Inuit Pop Art – Pipsi (2015) being included in the Spring 2018 issue of Canadian Art and was featured on the cover of the Winter 2018 issue of Inuit Art Quarterly.