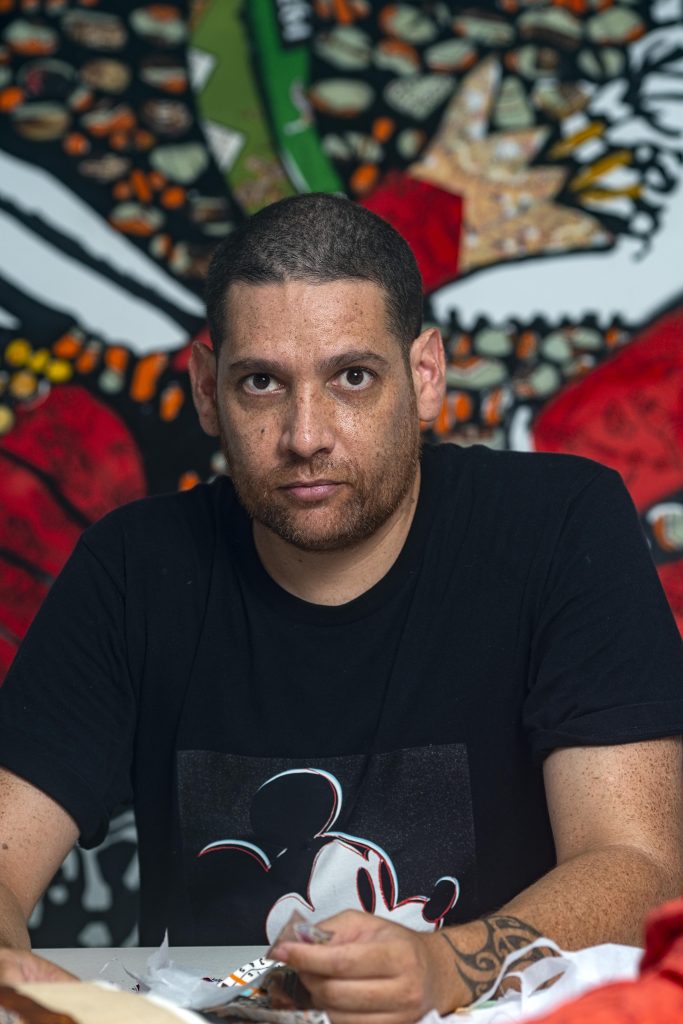 Tony Albert is a politically-minded artist provoked by stereotypical representations of Aboriginal people and the colonial history that attempts to define him, and what Aboriginality is, in the present. Albert has spent the majority of his life in Brisbane, but has strong family connections further north to the Girramay and Kuku Yalanji people of the rainforest region. In 2004 he completed a degree in Visual Arts, majoring in Contemporary Australian Indigenous Art, at Griffith University, while also undertaking a traineeship at the Queensland Art Gallery for the major exhibition, Story place: Indigenous art of Cape York and the Rainforest, 2003. Albert remained at the gallery as an exhibitions project officer and Indigenous trainee coordinator until 2007, when he left to focus on his artwork.

Along with Richard Bell and Vernon Ah Kee, Albert is a founding member of the Brisbane-based collective, proppaNOW, which was officially incorporated in 2006. Like Bell and Ah Kee, the use of text as a provocative device is central to Albert’s practice. By taking control of language and using it to interrogate cultural alienation, Albert shifts the power balance that has existed within language, and has been used to subjugate Aboriginal people since Cook took possession of this country in 1770 under the doctrine of ‘terra nullius’.