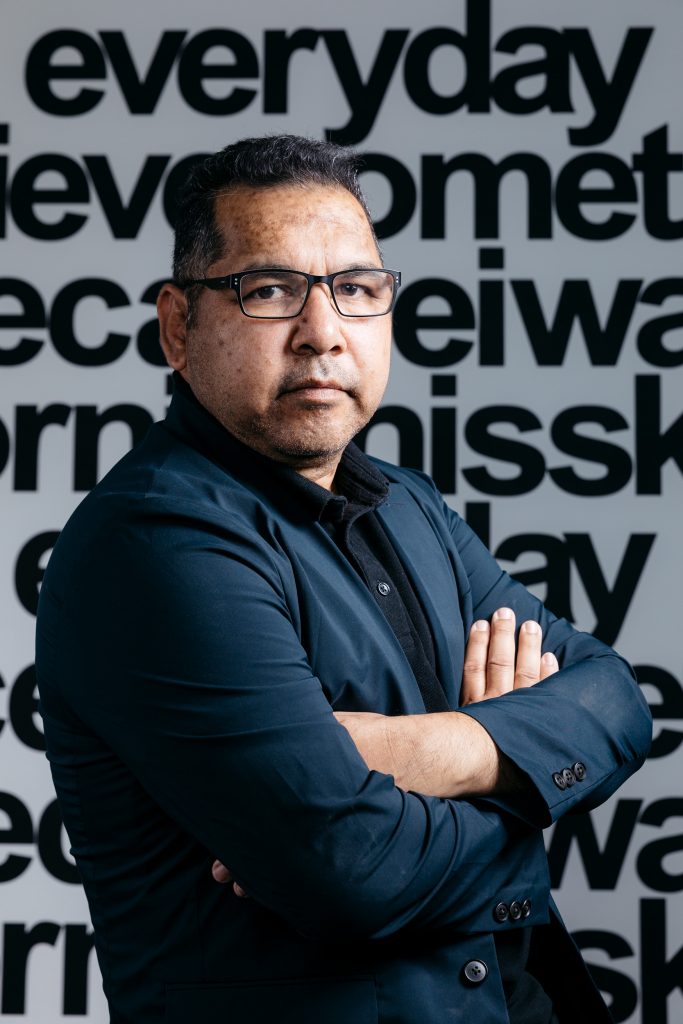 Vernon Ah Kee’s conceptual text pieces, videos, photographs and drawings form a critique of Australian popular culture from the perspective of the Aboriginal experience of contemporary life. He particularly explores the dichotomy between Aboriginal and non-Aboriginal societies and cultures. Ah Kee’s works respond to the history of the romantic and exoticised portraiture of ‘primitives’, and effectively reposition the Aboriginal in Australia from an ‘othered thing’, anchored in museum and scientific records to a contemporary people inhabiting real and current spaces and time.